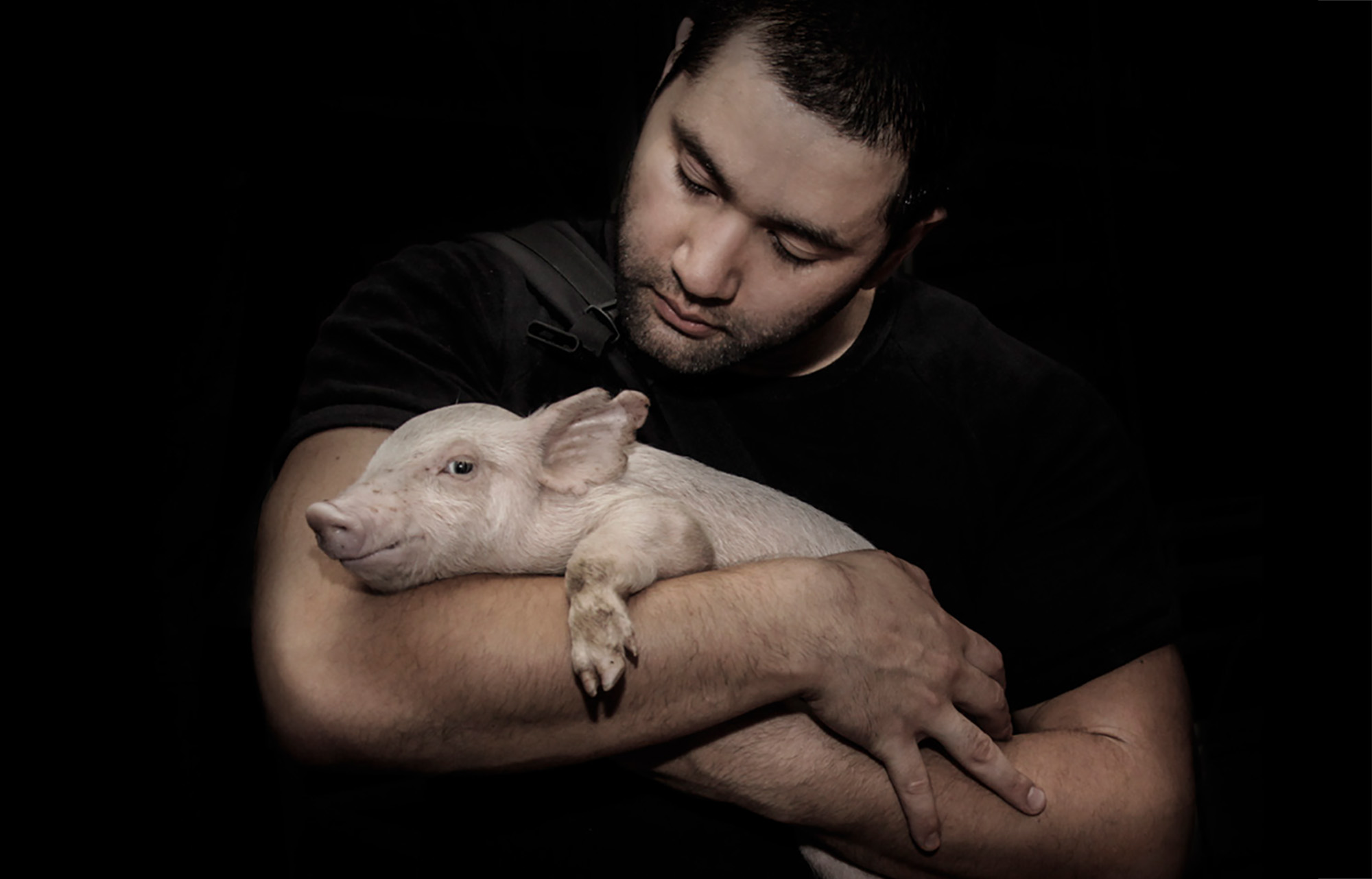 Hi, I'm Noah Hannibal. I am an activist and photographer. This website is a home for various projects I am working on related to photography, veganism, health and strength.

I’ve been active in the animal rights movement for my entire life. Much of that time has been spent holding a camera, whether documenting  the slaughter of whales in Antarctic waters, the horrors of puppy farms and the dog meat trade, or the lives of misery endured by animals raised in the production of meat, eggs and dairy. This site will focus strongly on how to build a better world for all animals.

It will also be concerned with showing that you can be optimally healthy and strong as a vegan. I started lifting weights after meeting a massive bodybuilder who was mocking vegans as weaklings, saying that it was impossible to get strong without meat. Outraged by what he said I challenged him to an arm wrestle, which was the source of much mockery at the time. I was given three months to train and on the day of the arm wrestle everyone laughed and said I had no hope. To the surprise of everyone, myself included, I slammed his hand to the table and he had to eat his words that vegans can’t be strong. Since then I have won two Australian Bench Press Championships in the heavyweight category and represented Australia internationally, winning the Oceania Heavyweight Bench Press Championship.

I strongly believe that the best way to change the world is to change your mind, and this site will also feature projects and experiments focused on strengthening motivation and building good habits.